Ramsden International is one of the world’s largest exporters of UK groceries, and since CEO Sean Ramsden took charge it has recorded 15 consecutive years of growth thanks to his skilled team.
www.ramsden-international.com 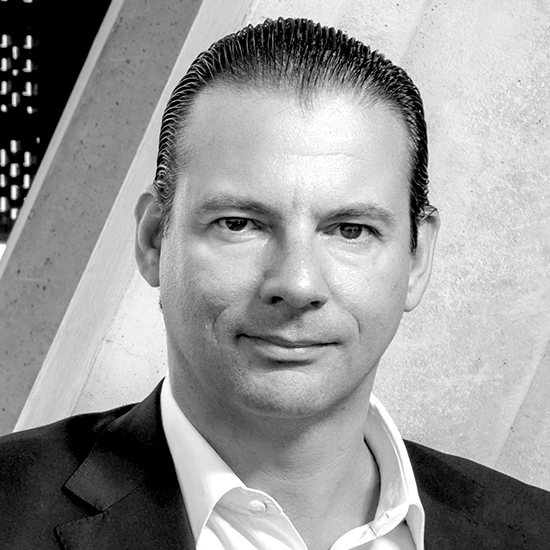 We don’t have assets in the financial sense, but what we have is nearly 100 people who bring skills and vision and that’s how we generate value.

Exporting food from Grimsby to the world

Want to wake up to Weetabix in Qatar? Dunk a Cadbury chocolate finger in Hong Kong? Smother your sandwich with Marmite in Montreal? Well you can, largely thanks to CEO Sean Ramsden. Since the 47-year-old took over the business his grandfather started back in 1946 the company has grown on average 26% a year.

Just five years ago all sales went through their Grimsby head office with the team travelling out to international markets. But Ramsden felt he was missing a trick.

I’ve adopted a strategy of setting up sales operations overseas. This more than anything has been a key growth driver.

“I’ve adopted a strategy of setting up sales operations overseas. This more than anything has been a key growth driver,” says Ramsden, who expects turnover to reach £54m in 2018.

“Having a team, preferably locals, who know the market, the language, the culture, who are able to meet with retailers weekly if needed, has far more impact than sending someone out once or twice a year,” he says.

Bringing out the best in your team

But it’s no good having a brilliant strategy without an equally brilliant team. That’s why investing in the team – its human capital – has been central to Ramsden International’s ongoing success.

Ramsden calls it a people business. “We don’t have assets in the financial sense, but what we have is nearly 100 people who bring skills and competencies to the business and that’s how we generate value,” he explains.

Huge effort is put into recruitment, talent development and team engagement. “We were sending people to do MBAs at the University of Huddersfield Business School when there were just 15 people on the payroll,” he says. As a result, retention rates are “really high”, he adds.

Ramsden says that finding the right talent for the Grimsby head office can be a challenge. He points to the fact that there is very little in the way of a local service industry and tertiary education.

The business also puts a premium on language skills and employees with an international outlook. “Put all those things together,” says Ramsden, “and it can be a difficult place to be.”

That’s why the human resources function is “disproportionately important” to the business, according to Ramsden. Their monthly board meetings overwhelmingly focus on “people-related topics”.

The challenges also extend to the company’s international offices. At first, Ramsden says, they allowed individuals to dictate their own sales strategies “a little too much”.

“We had 10 different sales people using 10 different strategies,” he says. Today, the business has brought in a much more standardised approach. Ramsden believes they have created best practice.

As for the future, Ramsden sees real potential in Kingsbury, the company’s own brand. From crisps to digestive biscuits and boiled sweets, every product in the brand’s range is optimised for export. No need to relabel ingredients lists, nutritional tables or re-sticker barcodes.

This “quintessentially British brand”, says Ramsden, will be a key driver of future growth and “value creation”.

Founder and CEO Bernhard Niesner says that having the wrong culture created a “near-death experience” for busuu, but a concerted turnaround has put the mobile language-learning platform at the top of its class for the past few years. Read more...