An impressive 55.9% annual average revenue growth rate between 2012 and 2015 helped confirm Longitude’s place on the FT1000 fastest-growing businesses in Europe list. But it has done so entirely from cashflow, rather than relying on external financial support.
www.longitude.co.uk 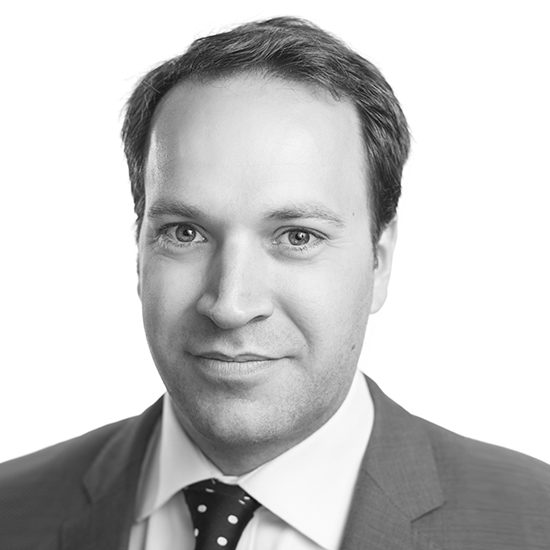 We're incredibly proud of our growth path, but it’s tantalising to imagine how much faster we could have grown if we’d tapped into external financial resources to turbo-charge our business plan.

Since its launch in 2011, thought leadership advisory firm Longitude has grown wholly organically, reinvesting profits to support its expansion. During this time, its team has expanded from less than five people to 36.

“This has been a very safe and steady approach, but arguably quite conservative,” says co-founder and COO James Watson. “We’re incredibly proud of our growth path, but it’s tantalising to imagine how much faster we could have grown if we’d tapped into external financial resources to turbo-charge our business plan.”

Longitude’s profitable track record of delivering high-calibre thought leadership advisory, research and content solutions for blue chip clients should make it a bankable business. It has been consistently profitable since inception, and hasn’t had a single pound of bank debt.

But when it approached its own bank and other High Street and challenger lenders two years ago to secure debt-based finance, the company quickly realised that service companies without fixed assets can often struggle to get the support they need from High Street banks.

Access to finance is a moot point for many UK scale-up businesses. Bank risk appetite can be “very limited and you come under tremendous scrutiny” as a scale-up, says Watson.

“I think a lot of businesses struggle to get past this point to grow,” Watson adds. “We’ve been fortunate to have a strongly positive net cash flow, which has allowed us to keep building and expanding our team.”

Not ready to sell its equity, Longitude first dipped its toe in the finance pool by requesting a small-business overdraft. Its bank approved it very quickly in principle. However, banking red tape and inefficiency meant it took nine months before the facility actually became available for use. Watson says the overdraft was only ever intended as a backstop facility, rather than something to actively fuel growth.

We’ve been fortunate to have a strongly positive net cash flow, which has allowed us to keep building and expanding our team.

To explore the feasibility of purely debt-based instruments to finance growth, invoice factoring seemed like good option for Longitude. Essentially this involves selling your account receivables to a third party (a factor) at a discount. However, its bank would only offer this service to companies that invoice fully on project completion.

Watson explains that as Longitude is cashflow-funded, typically invoicing half upfront, half on completion of projects, this form of finance wasn’t available from its bank. Other third parties were willing to offer such facilities, but ultimately the company decided that the costs and difficulty of administering invoice factoring were too high to make this a worthwhile source of funding.

While finance is an important element of capital at work, Watson is adamant that you can’t grow a successful business without quality human capital.

Perhaps this is also a subtle message about how bankers should communicate with their clients.

“I’ve worked in enough companies to see them get complacent about their human capital,” says Watson. “Either they take their staff for granted or don’t do enough to retain and develop them.”

In February, the Financial Times (FT) acquired a majority stake in Longitude, making it part of one of the world’s most respected media brands, says Watson.

“It’s a tremendously exciting time for everyone at Longitude,” he says. “As a global brand with an international footprint, the FT opens up opportunities for us to expand the business internationally, with growth in the US on the immediate horizon.

“This will help us to align the business more effectively with our US customers and we will be investing across our editorial, research and client servicing teams to support this. In addition, the FT also provides a source of funding for growth which allows Longitude to bypass the banks.”

Banking on credit Since its launch in 2011, thought leadership advisory firm Longitude has grown wholly organically, reinvesting profits to […]

After a “divorce-like” initial setback with early investors, Hiring Hub’s co-founder and CEO Simon Swan discovered that it’s possible for a scaling business to get back on track. Read more...

LendInvest has secured a strong position in the UK property finance market after raising £760m of lending capital, and is taking on the established bank market with its technology-driven model and its increasingly diverse and cost-effective capital base. Read more...

Founder and CEO Charlie Bradshaw started his product design and manufacturing business Matrix APA at 19, but over 20 years later he’s come a long way on his human and emotional capital journey, placing team values and cultural fit at the heart of his success. Read more...

Selling contact lenses online might have little to do with a Japanese arcade game, but CEO Michael Kraftman credits the company’s success to its acquisitive “Pac-Man” strategy. Read more...