Confronting the “evil twins” of anxiety and depression has been a life-changing and enriching process for Pjoys founder Michelle Morgan, as she now embarks on creating a new business more “joyfully and slowly”.
pjoys.co.uk 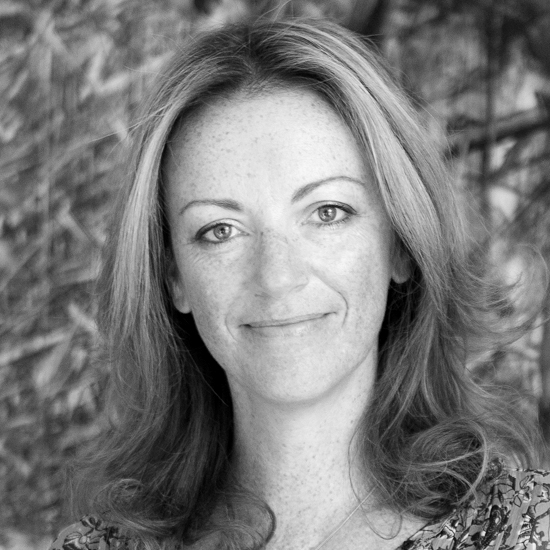 I sat on the stairs with everything happening around me and I thought that I literally couldn’t go on.

Discovering a burnout remedy with a revitalised passion for business

“Could we create campaigns that would essentially still deliver brand and business benefits, but also create some kind of social benefit to young people?” Morgan asks. The answer was yes. And they set up youth-led creative network Livity in 2001.

They put in some of their own money and took a government-backed business loan. While Morgan recalls that they gave themselves six months, the agency was actually a resounding success.

Fast forward 17 years, Livity is an award-winning and multi-million pound turnover business. Morgan says that it is probably truer to its mission and purpose than it has ever been: creating a more positive life for young people.

I burned out violently, both physically and mentally. I really wasn’t very well at that stage.

Pressures start to take their toll

In 2016, Morgan led the company through a social investment deal. “We got to a stage where we wanted to grow the impact of the business and potentially evolve the model,” she explains.

But something devastating happened at the end of that year. “The first 100 days of that relationship had been really tough on the business. 2016 was a tough year, and in particular for independent agencies in our sector,” Morgan says.

“Then, 105 days after closing that deal, I burned out violently, both physically and mentally,” she says. “I really wasn’t very well at that stage. I sat on the stairs with everything happening around me and I thought that I literally couldn’t go on.”

So Morgan called her GP surgery and was amazed to get an appointment – her doctor wanted to see her in 15 minutes.

“I had an infection at this stage and I needed to stop and rest, but on top of that, I was so broken physically and mentally. Not only from that year, but it was a combination of many difficult health-related issues, all compounded by stress,” she says.

Morgan explains that Livity’s business culture was led by purpose but in a very commercial way. But the pace, in hindsight, was relentless. “We were probably in start-up mode for the first 15 years. It wasn’t sustainable. Lots of constant growth and ping-ponging up and down, which you often experience in agency life.”

In search of a work-life balance

Morgan says that she couldn’t have grown Livity without her husband, Remi Rough, providing invaluable support. His career as an artist was taking off internationally, adding to the challenge of juggled childcare responsibilities for their teenage daughter who was very busy with extra-curricular activities.

But Morgan’s life-work balance was out of kilter. “I didn’t have enough boundaries between my personal life and work,” she recalls. “I probably ended up having the wrong balance and wrong perspective.”

Then during time off over the Christmas 2016 holidays, Morgan had time to consider her wellbeing and mental health. “I had this huge realisation that I wasn’t just burned out physically and mentally, but my passion for Livity had utterly burned out as well.”

Anxiety and depression can been viewed as a malevolent duo, says Morgan. “I think ‘evil twins’ is a great way of describing them,” she says. “I sometimes feel that the evil twins still tap me on the shoulder on a regular basis, even though I’m on the other side of recovery now.”

Back in late 2016, she felt that her energy was spent and she was consumed by “hollowness and helplessness”. Sometimes, she adds, it was difficult to get out of her pyjamas.

Morgan explains how her mental health worsened. “I was reading Ruby Wax’s book Frazzled and I got to the part where she describes the moment she fell back into depression when she was writing the book.

“I was reading it with tears rolling down my face, thinking everything she described was exactly how I felt. And yet she called it ‘depression’. At that moment, though I knew what was going on with me, a traumatic moment in life, it was reading the book that got me back to my GP to get a diagnosis.”

I am now so mindful about making Pjoys, my new business, a different entrepreneurial experience and working environment.

Pjoys: a new style of entrepreneurship

When she surrendered to depression and gave it a name, Morgan talked about medication options with her doctor. “I wasn’t anti-medication, but I felt I wanted to try talking therapies first, and I’m glad I chose that route for me.”

She also found a solution in another form of therapy, playing with the idea of ‘If I did it all over again what would I do?’ “I quickly arrived at the crossroads where brilliance meets madness. The pyjamas represented the depression and being stuck, unable to move forward. But they suddenly became my inspiration.

“I thought: ‘Could you create the most kind and caring pyjamas that featured art?’ To get my husband and all of our artist friends to use the pyjamas as a blank canvas and make something beautiful. ‘Could we use our pyjamas to share helpful stories about mental health?’”

Morgan’s new business venture called Pjoys creates pyjamas with the help of a group of international artists and fast-growing and agile freelance team of experts from her network. But, most of the time, the business pace is a world away from the high-octane pressure of agency life.

“I am now so mindful about making Pjoys, my new business, a different entrepreneurial experience and working environment,” explains Morgan. “That’s my ambition. I work really hard not to work hard. Slowly but joyfully. It’s not easy, but it’s essential.”

Taking time to find your real self

There’s a lot of truth in the idea that talking about wellbeing and mental helps people to spot the signs and make helpful interventions, for themselves and for others.

“A lot of people describe mental health acceptance as coming out. And there are more people who are coming out with their mental health stories,” says Morgan. “I think I’m stronger for it. I’ll be a better businesswoman and I’ll probably be a better leader if I ever build a company that needs to be led again.”

Morgan offers invaluable advice for everyone in the business community. “Being my honest me, the story of me and mental health probably comes up in the majority of conversations I have at the moment. I am absolutely convinced that sharing honestly that part of me helps me create deeper, more meaningful relationships with people. That leads to better business, working relationships, a better deal and opportunities.”

Founder Melissa Morris set up Lantum with the ambition to help save the NHS £1bn in medical staff recruitment agency fees each year and, after rapid growth, has achieved over £10m of savings to date. Read more...

The Cheeky Panda’s sustainable, hypoallergenic loo paper and tissue products made entirely out of recycled bamboo have captured European consumers’ imaginations, helping the company to notch up a £20m valuation in just two years. Read more...