The Cheeky Panda’s sustainable, hypoallergenic loo paper and tissue products made entirely out of recycled bamboo have captured European consumers’ imaginations, helping the company to notch up a £20m valuation in just two years.
www.thecheekypanda.co.uk 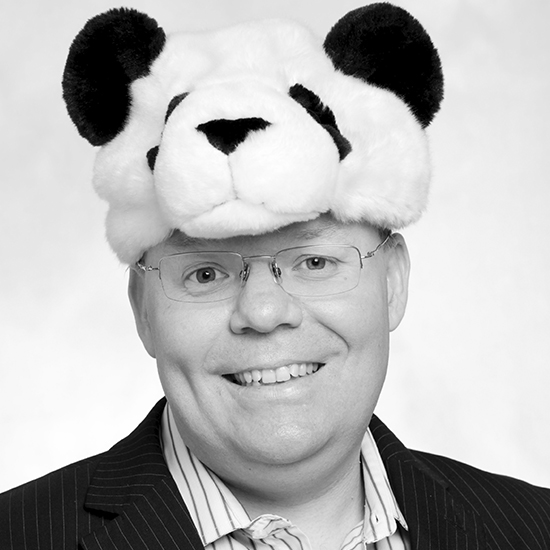 One thing that’s helping us grow so quickly is we’re offering something that’s so different.

We’re actively looking for a new injection of capital to help us break into the Chinese market.

The company is a best seller and an Amazon choice. Also, The Cheeky Panda has won 10 regional and national awards including best new products, best new business and entrepreneurs of the year.

As the company opens up new retail contracts and serves new markets, they are boosting their sales figures. “We’re expecting to double our monthly turnover quickly to £200,000,” says co-founder Julie Chen.

Fellow co-founder – and also Chen’s husband – Chris Forbes believes the secret lies in the uniqueness of the company’s product.

“One thing that’s helping us grow so quickly is we’re offering something that’s so different,” he says. “We’re not a ‘me-too’ product and that’s what our consumers love about us.”

Our focus was to get the valuation we wanted, and capital to give us the ability to develop new products, hire a team of people and have working capital to fund growth.

The wisdom of the crowd

The product has undoubtedly struck a chord with environmentally conscious customers. One of the key selling points is the fact that bamboo is the world’s fastest growing plant. It’s a grass so does not require replanting after harvest, unlike trees. Rough estimates suggest that 27,000 trees are processed every day to produce toilet paper.

But it’s the strategic thinking of Chen and Forbes that has really boosted such early growth.

“We decided on starting with two levels of initial crowdfunding,” says Chen. “Our initial £10,000 pilot phase was in April 2016 on a crowdfunder.” She says this was to test the market’s appetite for the products and asses the demand.

“This meant that when we finally launched several months later, we sold well on day one,” says Chen.

This then paved the way for the second phase of equity crowdfunding through Seedrs in the summer of 2017, which overfunded the £350,000 target from 300 investors by £150,000. This funding round was closed early after just two weeks, valuing the business at £5m.

“Our focus was to get the valuation we wanted, and capital to give us the ability to develop new products, hire a team of people and have working capital to fund growth,” says Chen.

At present, 75% of The Cheeky Panda’s sales are domestic, with high growth escalating in European and Middle Eastern markets.

Next up, The Cheeky Panda has its sights set on exporting to Asia. “In the coming year we want to launch in China, one of the world’s biggest markets,” says Forbes.

“The Chinese are in love with western brands, so ironically as a western brand we’ve got bigger appeal than the domestic ones have,” he says.

Chen believes expansion into China will require a lot of additional capital. “We’re looking to raise between £3m and £5m,” she says.

Right now the company is looking for potential investors in both the UK and China. Chen says they don’t mind where the funding comes from, what’s important is finding “the right partner”.

They are looking for a partner who will share the duo’s vision and become an extended part of their family. “It’s a bit like having a baby, in this case a baby panda – it needs a lot of time and a lot of nurturing,” says Forbes.

Meeting the needs of its international clients from Hollywood film premieres to best-selling Christmas toys at Hamleys, integrated communications agency Way To Blue has gradually scaled its full-service offering across the globe, investing in agencies, platforms and most importantly, people. Read more...