Personalised content recommendations company ThinkAnalytics has more than 250m subscribers, and founder and CTO Peter Docherty credits lessons learned in the “hard early years” with its success today, including winning an Emmy.
thinkanalytics.com 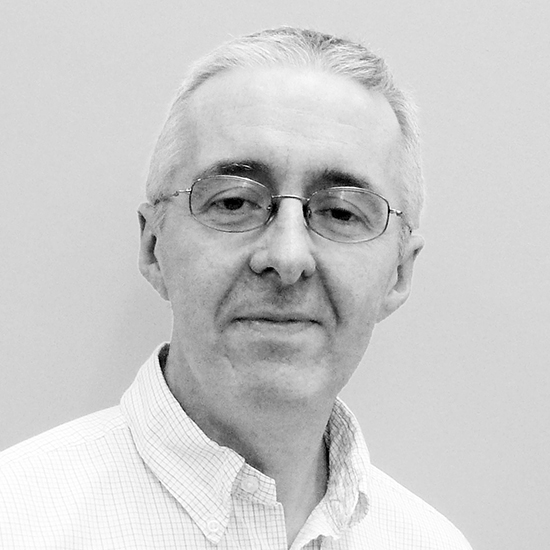 Other companies tend to rely on one magic algorithm in the hope it will solve all issues, but instead we built a comprehensive platform for business.

Achieving a world of firsts

Some ten years after graduation in 1996, founder and CTO Peter Docherty and five of his computer science classmates decided to pool their experience and start a company. They created a data-mining platform to mine massive data sets in real time.

“We were creating distributed systems, written in Java, and nobody else was doing it. Everything we were doing was a first of some kind,” says Docherty.

The company essentially helped its clients to better understand customer behaviour. “We used analytics to help predict churn, customer value, the next-best offer, and identify which products you could up-sell. It was customer relationship management or CRM analytics,” he says.

We knew we could do something nobody else could do. But soon we saw the problem of being so early.

The perils of being pioneers

But the drawback of inventing something so new is convincing potential clients to pay for a benefit they can’t yet imagine.

“We knew we could do something nobody else could do. But soon we saw the problem of being so early. We had to evangelise the entire market because people didn’t know what was possible. It was tough going in those early years,” says Docherty.

“It was about doing proof of concepts and demonstrating that our systems worked. It was never just about our cutting-edge platform and algorithms, it was ‘you’ve got 10m subscribers, your growth is x and you want it to be x times two’. We have the technology to help make that happen,” he says.

But even then Docherty remembers that some months it was still an uphill battle, particularly when selling against the incumbent vendors.

From the start the company was backed by Nasdaq-listed Gentia, which provided the funding for the initial research and development costs. But by 2001, when the team had grown to around 20 and had a product ready for market, Gentia was running into financial trouble with the dot-com bubble.

“We knew we wanted a management buyout, but we needed the funds. That’s when we came across Eddie Young. He provided the funding to buy the company and a management team,” says Docherty. Following Young’s investment, the company signed up customers such as Sky, Virgin Media and Vodafone.

Young had a wealth of experience in starting and running successful IT businesses, including considerable earlier success at IBM. Today the company operates from offices in Glasgow, Los Angeles, Singapore and India and is thriving as a private, employee-owned company.

Growth with a touch of Hollywood glamour

Docherty believes that Young’s business experience, coupled with a deep understanding of what customers want, sets ThinkAnalytics apart from its competition. “Eddie understands the client’s perspective. A lot of start-ups don’t think like that – they think that their technology should sell itself.”

Getting out and meeting potential clients and showing them how it could solve real-world business problems was key. Docherty credits this time in front of clients with being able to hone the company’s proposition. He recalls every sale as being “a battle”.

Today the company has increased turnover by 25% and profits by 30% year-on-year. Through clients such as Liberty Global, ThinkAnalytics now has 250m subscribers in 40 countries. Docherty says the company has never had a single second of downtime.

Docherty and his team won Scottish Exporter of the Year in 2016 and have even taken home an Emmy award for their services to personalised recommendations.

But Docherty remains most proud of never wanting or needing external finance. “We have always wanted to stay in control of our destiny, to be able to do it on our own,” he says. “We have a great can-do attitude to get things done and deliver for our customers worldwide.”