Founder and CEO Charlie Bradshaw started his product design and manufacturing business Matrix APA at 19, but over 20 years later he’s come a long way on his human and emotional capital journey, placing team values and cultural fit at the heart of his success.
www.thisismatrix.com 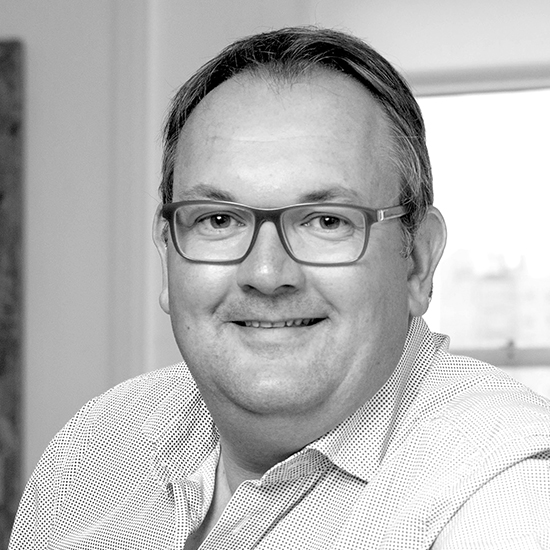 The journey towards understanding human capital has been the most fascinating part of scaling up my business.

Founder and CEO Charlie Bradshaw was on the train home one Sunday 10 years ago after another intensive weekend at Cranfield University’s Business Growth Programme for founders. It dawned on him he had the wrong team.

“On the course we had to build a matrix of our staff, grading them A, B or C,” he says. “It became clear to me that all of my staff were C-graders. I suddenly realised I had to replace them.”

Bradshaw knew that it wasn’t necessarily his team who were at fault but “it was the process of finding those people that was the problem”. He convinced his wife to quit her HR job at Accenture to join him as talent director to help start replacing the team with A-graders.

Focusing on values and culture

Right away, the company invested in performance management and people management, prioritising values and cultural fit in the recruitment phase.

“For many years I’d believed that the most important part of my business was how we created products through ideation, design or manufacturing processes,” explains Bradshaw.

A team blueprint was born. Finding staff who share your values and culture was crucial. So was hiring people who could teach you something – advice he’d taken from his dad who was also an entrepreneur. Let them get on with the job without interfering too much, he says.

How to find the best team

When the company interviews for new hires they focus on four non-skills-based competencies: drive, curiosity, relationships and taking ownership. “These are the four core values that guide how I run the business,” Bradshaw explains.

Each hiring team tests for three functional competencies. For a product designer, for example, these are market awareness, ideation and being pragmatic.

A hiring committee – including people who may be more junior than the candidate – is armed with their CV and a list of competency-based questions. They are asked to rate the person as a “strong hire, indifferent or a strong no hire”, says Bradshaw.

“If all three people on the hiring committee say it’s a strong hire, then we hire the person,” he says, “but if there is any difference in opinion, then we move on to the next candidate.”

Bradshaw spends two days a week in the office, where he splits his time between his management team, and acting as the company’s values and culture champion.

“I’m a great founder and motivator but I’m not a great CEO,” he reveals. “I rely on my three senior managers to drive the direction of the business.”

“Growing at 40% revenue a year, the growing pains mean that we’ll probably need a full-time CEO,” he adds.

In his angel investor role, Bradshaw shares his experience of emotional capital, coaching start-up business founders, helping them cope with running a business.

“Because I’m different from all of the people founders tend to meet when they are raising money,” he says, “I can really help them with their emotional journey.”

Relocating from Milan to London’s creative heartland may have been a personal and professional risk for MCCGLC’s founder and CEO Matteo Console Camprini, but the company’s diverse international culture has propelled it to new heights. Read more...