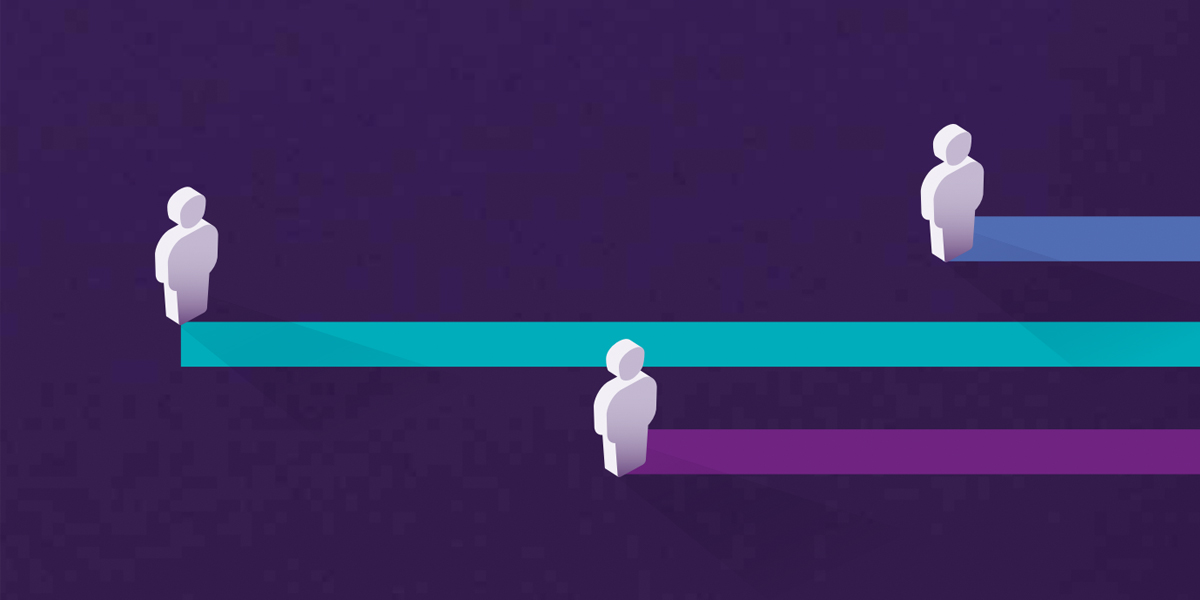 The Global Entrepreneurship Monitor (GEM) report released this week is a comprehensive look at the country’s early-stage business activity.

GEM is the world’s most authoritative study, tracking entrepreneurship across 49 economies. For the UK results, the authors surveyed over 9,000 adults aged 18 to 80. The report is pretty chunky (almost 80 pages) and is packed full of interesting data.

If you’d like to read the full thing, it can be accessed for free here:  Gem 2018 Monitoring Report

For everyone else, here’s a short explanation of some key points.

1) As in previous years, the UK is relatively entrepreneurial 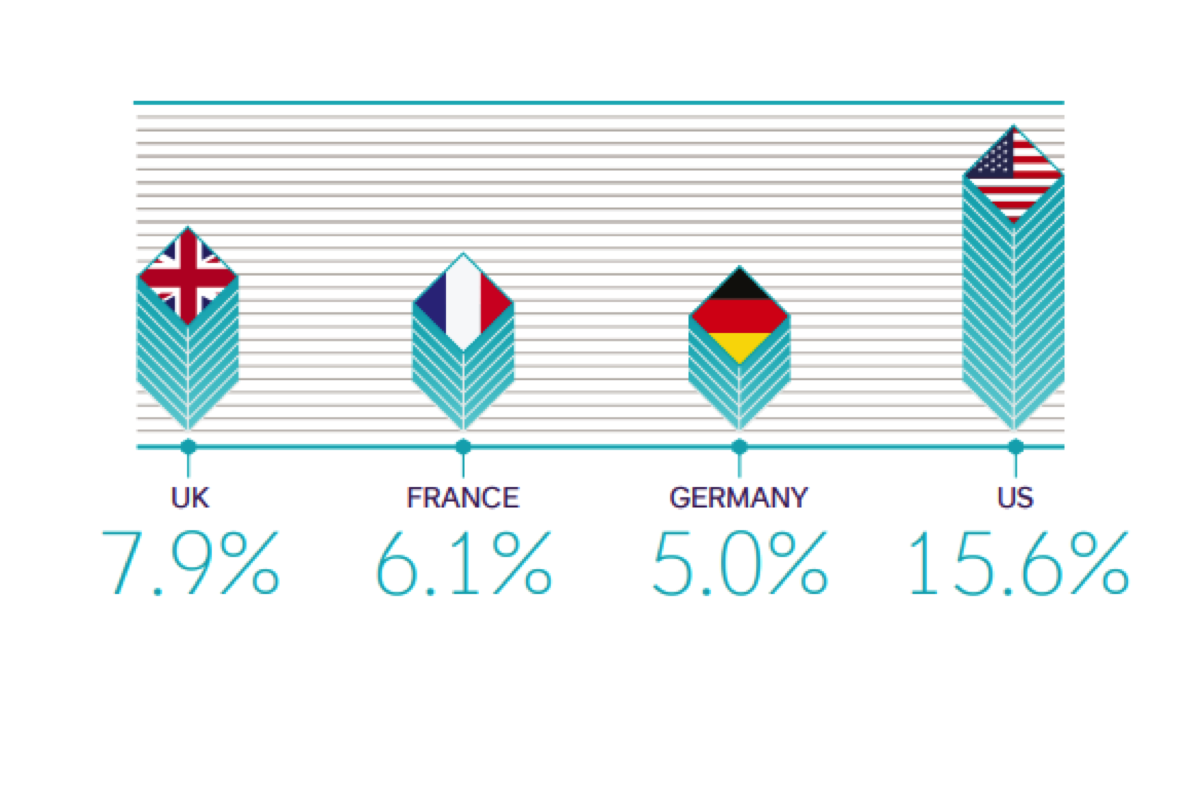 The percentage of people starting businesses is higher in the UK than in other countries in Western Europe.

The rate of people engaged in Total Early-stage Entrepreneurial Activity (TEA) in the UK is 7.9%.

This compares favourably to France and Germany but is a lot lower than in the US, where the rate of nascent entrepreneurs is far higher.

2) Not only that, but attitudes towards entrepreneurship are positive 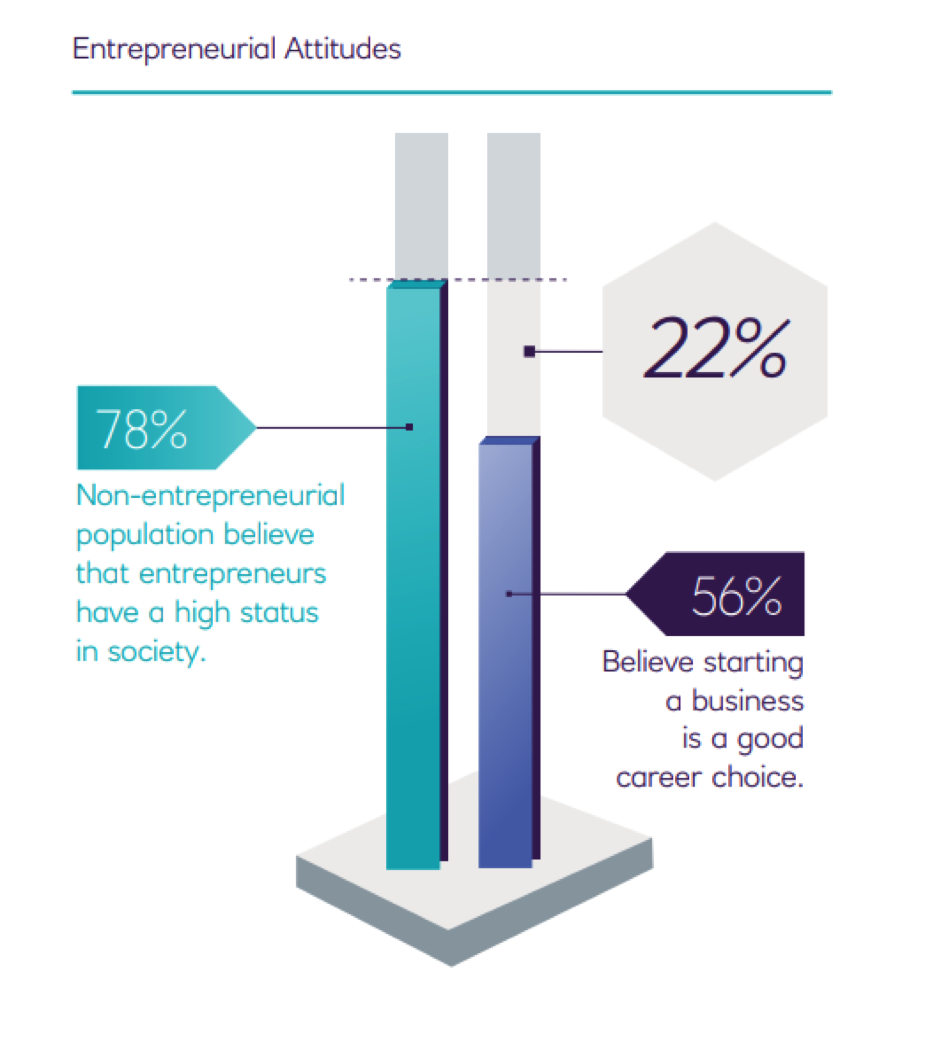 People in the UK are optimistic about entrepreneurship, believing it to be a high-status job as well as a good career choice.

However, there’s a gap between these two beliefs: while 78% of people say entrepreneurs have a high status, a smaller (56%) number believe it to be a good career choice.

This suggests a keen appreciation for the risks involved.

The report also finds that around 40% of people feel they have the skills, knowledge and experience needed to start a business.

3) Lots of entrepreneurs also work in the gig economy 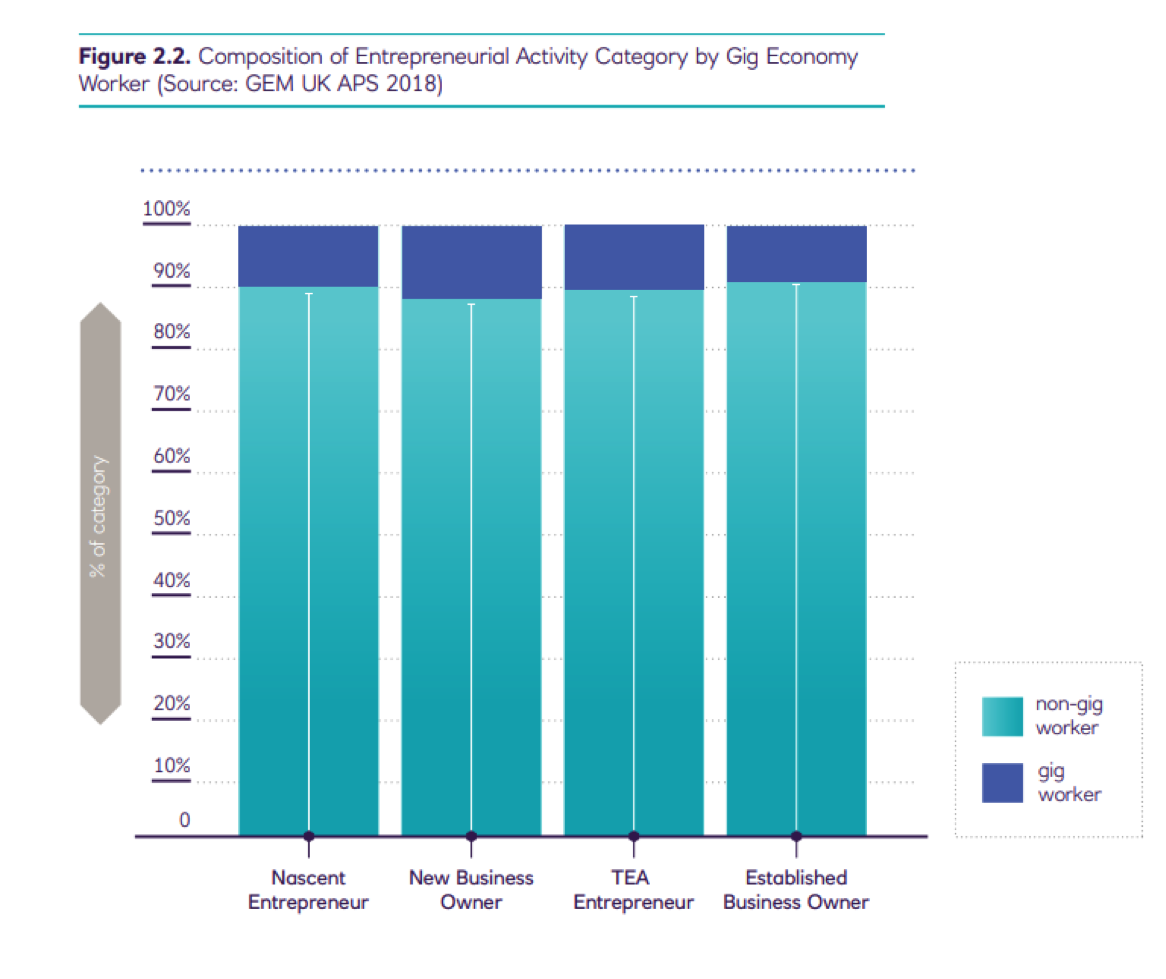 The best-known platforms in the gig economy are Uber and Deliveroo, but the term covers a wide range of freelancing work in other sectors.

The GEM report finds that early-stage entrepreneurship activity is high in the gig economy, with 19% of people working in this sector also hoping to start a business in the next three years.

The report argues that the gig economy has become a way for early-stage entrepreneurs to supplement their income while they are setting up their businesses.

4) There’s been a worrying drop in ethnic minority entrepreneurship

This year’s survey found that there’s been a fall in the rate of Black and Minority Ethnic (BAME) people involved in early-stage entreprise.

BAME Britons have historically been an entrepreneurial bunch. However, the latest TEA rate for this group fell by more than 50% in a single year, and now stands at 6.9%.

Jonathan Levie, a professor of entrepreneurship from the National University of Ireland Galway (and one of the report’s authors) notes: “In the past, BAME communities have set the pace of enterprise among our population, so we have to question what factors could have caused such a pronounced collapse in such a short space of time”. 100 Stories of Growth in the media

How they did it – learn from the scale-up champions

How scale-up SMEs disrupt not get disrupted

Postcards from the heart: entrepreneurs reveal their darkest moments